The Many Benefits of Aerators 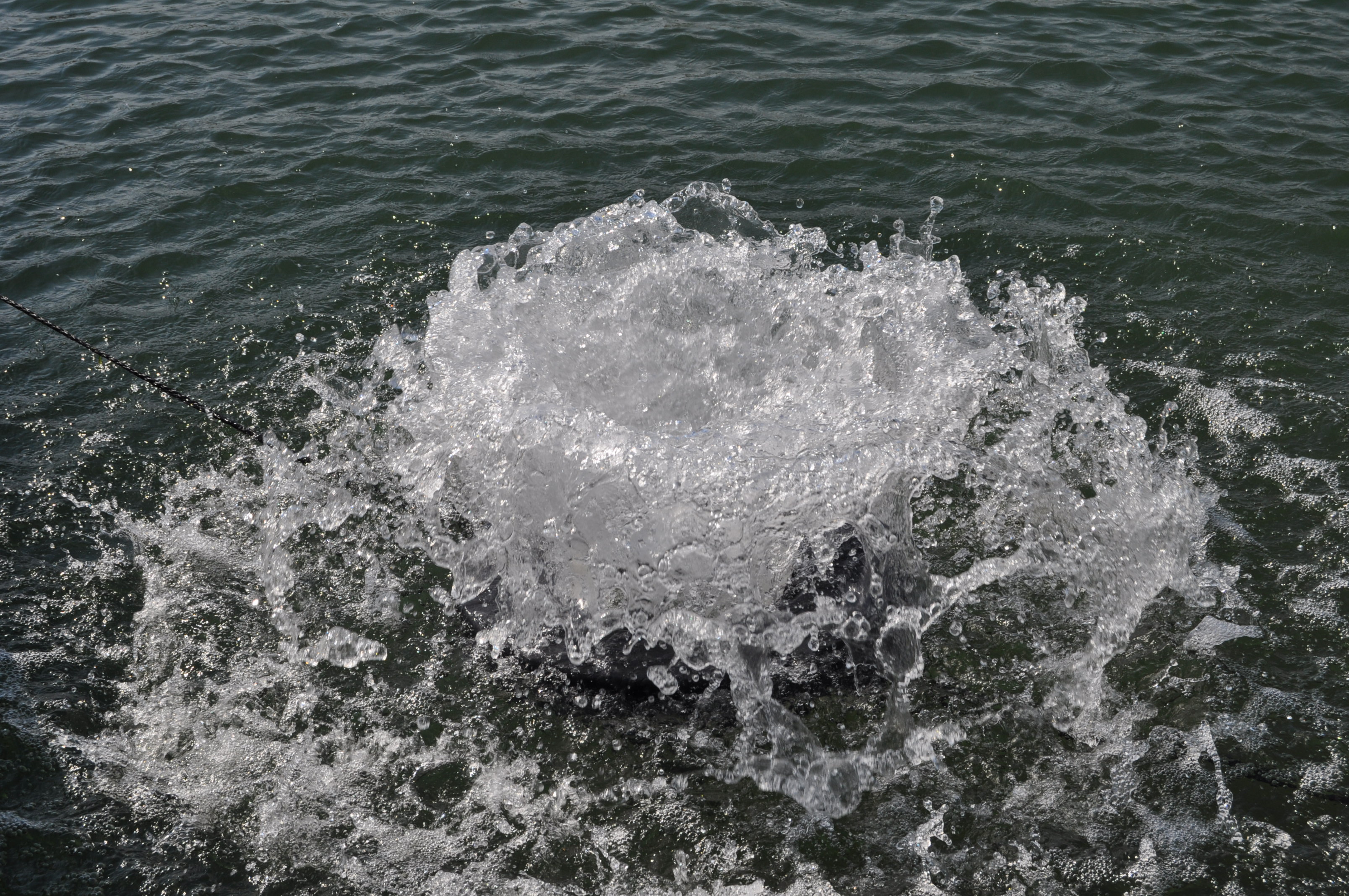 Anyone with a pond on their property will tell you it’s the focal point of the landscape. The beauty of water just seems to naturally draw attention before anything else.

Unfortunately, this can be a double-edged sword. A pond or lake that’s in distress can be an affront to the senses. A smelly, murky embarrassment that you’d just as soon nobody saw. For aquacultures, the problem becomes even more costly, a permanent resolution even more urgent.

The likely best solution is to install an aerator. Quality aerators, manufactured by The Power House Inc and available from marine supply retailers like SavvyBoater (www.savvyboater.com)*, are designed to prevent the things you don’t want growing in your pond, like algae, weeds and harmful bacteria. By eliminating these pollutants, the fish and plant life that you do want will thrive. And with the right setup, an aerator will only add to your pond’s beauty.

How Do Aerators Work?

When a body of water becomes depleted of oxygen, it sets in motion a chain of destruction. The first and most obvious casualty are the fish, which need plenty of oxygen to survive. But the damage doesn’t end there. Lack of oxygen causes other harmful chemicals like nitrogen, hydrogen sulfide and carbon dioxide to build up, until they damage the pond’s entire ecosystem.

Power House aeration devices are designed to increase oxygen levels by circulating the water and exposing it to the ambient air. In doing so, the border between warmer, oxygen-rich surface water and cooler, oxygen-starved deep water (called the thermocline) is virtually eliminated. With plenty of oxygen throughout, beneficial bacteria called aerobic bacteria will thrive and gobble up decayed organic material.

The result is healthier fish and healthier plant growth. A much more attractive body of water, too. Nothing’s more unsightly than murky water with a layer of algae covering its surface. And the smell –we’ve all caught an unfortunate whiff of a stagnant pond before. That odor of rotten eggs is caused by undesirable bacteria called anaerobic bacteria, which give off carbon dioxide and hydrogen sulfide when they digest organic material. Aerobic bacteria, on the other hand, give off no scent. With proper aeration, and the right proportion of good bacteria, the same body of water will not only look clean but smell pleasant again.

One other thing often overlooked: Just because fish survive the winter in frozen-over wilderness ponds and lakes doesn’t mean they will fare the same in a smaller, shallower backyard pond. The right kind of  aeration device can keep water circulating throughout the winter, preventing the buildup of toxins in the water that could eventually kill your fish.

Aeration is beneficial for wastewater treatment facilities, too. Introducing healthy levels of dissolved oxygen speeds up the biodegration process, thereby reducing the need for chemicals to break down organic material. The result is a more complete conversion of pollutants without the cost and harmful effects of chemical additives.

What Kinds of Power House Aerators Are Available?

Surface aerators are the bubbling type. The aerator takes in water and pumps it just above the surface, degassing the water of harmful chemicals while increasing dissolved oxygen levels.

A fountain aerator does much the same thing, with one major exception: The water gets sprayed upward and outward a considerable distance, gathering a large amount of oxygen and distributing it across a wider area. Fountain aerators are also considered more decorative, especially when lighting is added. 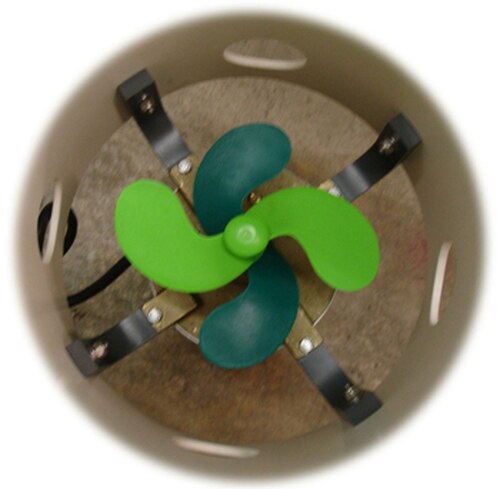 What’s the Right Setup for Me?

Aside from these main varieties, there are many other considerations.

One consideration is the size of the unit, which depends on the volume, depth and condition of the water for which it’s intended. Another consideration is single- versus dual-propeller systems. Power House’s dual propeller aerators not only pump larger volumes of water (about 25% more than single propellers), they create an umbrella flow pattern that’s as visually pleasing as it is functional. 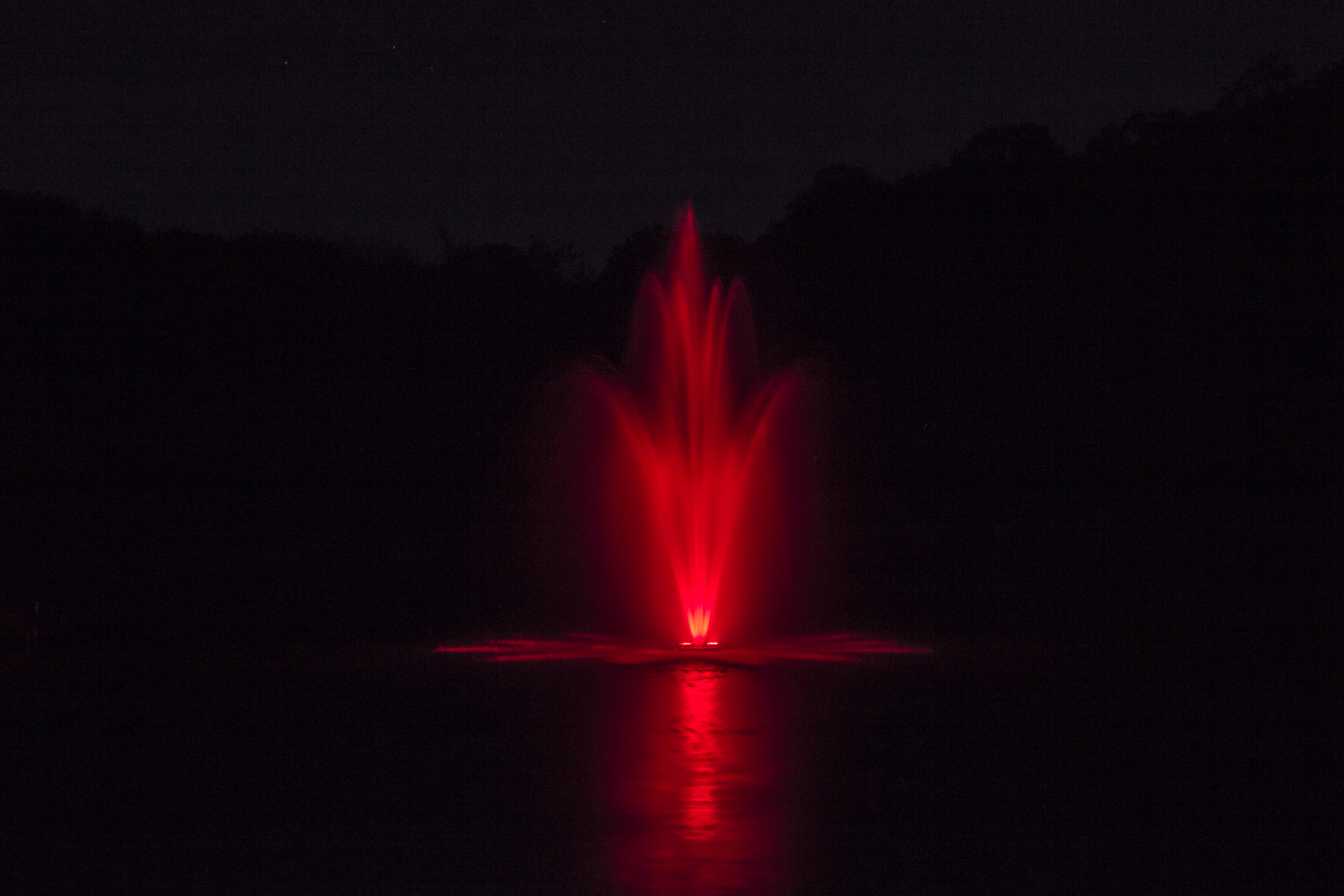 If aesthetics is an important consideration, you may want to add LED lighting. Installing LED lights to your unit will illuminate the aerating water in white light or a color-changing pattern. You might also consider an 18-watt dual-voltage LED light. These brilliant, independent lights can be installed anywhere you choose, either at the surface or submerged in shallow water.

Where Do I Get Started?

You should choose your aeration equipment according to its intended function and the dimensions of your pond. After that, it’s all about quality and durability. Your best bet is to consult an expert. Professionals at marine products retailers, like SavvyBoater (www.savvyboater.com), will help you choose the best aerator and accessories for your needs and budget.

But hurry. You don’t even want to think about what’s been going on in your pond while you were reading this!